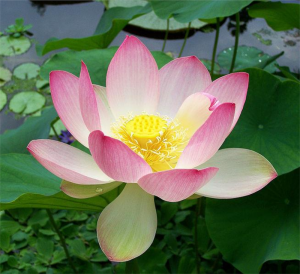 Non-Doing, otherwise known as inhibition or unlearning, might normally be considered a negative ideal to pursue.  Who is really interested in spending time unlearning, not doing and being inhibited?  No, people are much more enthusiastic about what your doing, what you’ve been learning, and hope that you are fully engaged in life and not being inhibited!  I confess, I too see the logic in the case for ‘doing’.  It definitely resonates deep in the recesses of my Aries nature to be involved in as many activities as I can squeeze into one lifetime.  Now you might be sensing that this conversation is about to make a case for non-doing and it is.  You might be wondering how I can even waste my breath defending it but I will and I hope you will stay to see The Alexander Techniques philosophy about non-doing and how much value it can bring to people’s lives.  It certainly has saved mine!!! Non-Doing is The Alexander Techniques’ Guide to self-awareness.

Let’s, for the sake of argument, discuss what I don’t qualify as non-doing.  For one thing, non-doing does not mean you should never write the book you really want to write because your afraid of rejection.  Non-doing does not mean avoiding the stage because you have stage fright, and it does not give you permission to sit on your couch with a blank stare, letting go of all your mental and physical faculties.  What I am saying is that non-doing is a very crucial piece of self understanding and gives you a minute to look at yourself a little more closely.  (Or a lot if you are completely oblivious to state of being).

Firstly, I must admit that most of the Alexander teachers I know come out of their 3 year, 1600 hours of non-doing training and start immediately ‘doing.’  Doing is a difficult habit to break and many of us will only get free of it for a snippet of our lifetimes. So how does one “non-do” and why does it matter?  I think of non-doing like a true wellness program.  Instead of curing disease you prevent disease, instead of losing weight you prevent weight gain. Sometimes what you’re not doing is more beneficial to your health than what you are doing.  If you look at your lifestyle choices and have a little bit of inhibition it can create a butterfly effect for years to come.

For instance, I gained 50 lbs. my freshman year of college (Yes, the freshman 50 rather than 15).  That was 50 lbs. in 4 months.  I also regularly ate a lot of food and exercised more than ever.  You see I was on the doing path.  I thought,  I can eat whatever I want and exercise a whole bunch and it  should balance itself out.  Except that it didn’t.  My knees started to complain, my back started to ache and I continued to participate in events like, Tour de Monge with my bff.  (A Tour de Monge is a biking tour of restaurants in which you hit at least 3 restaurants in one evening, one for appetizers, one for dinner, and one for dessert and coffee). A non-doing approach would be to inhibit eating the extra calories and inhibit doing too much exercise that was injuring my knees and back. The best non-doing I do is not eating sugar. (Now, I do eat sugar sometimes, but not everyday not even every week. It has had the most positive effect on my overall health.  I’m less fatigued, I don’t struggle with weight gain, and my joints are a lot happier.)

Other positive forms of non-doing include not being unnecessarily fearful.  Being a person who constantly battles irrational fear, let’s just say, this is far easier said than done, but essential none-the-less.  My experience on this topic range from giving birth naturally, to taking the GRE at 37 years old, to overcoming a lifetime of stage fright.  I can attest that fear is a form of “doing” and it has to be unlearned. How do we unlearn fear?  Well, you sit with it at first, you fully accept that it’s there and you begin to examine it without trying to change anything.  (That would be a doing!)  It’s no use trying to deny it because if its lurking unchecked it will present itself at an inopportune time, whilst on stage, perhaps leaving your beet-red and stuttering while the onlookers squirm in their seats.  Next, you continue to notice it without changing anything.  And after that, you continue to notice it without changing anything. Repeat these steps again and again. After a while of this, the huge, great fear starts to get a little uncomfortable with all that attention and it might start to feel silly for being there in the first place and something will shift. For me, its a dramatic shift like a huge weight was lifted off my chest. Its a very nice feeling. That process gets easier and easier overtime until fear is not the habit anymore. Perhaps next time a new habit will present itself, unchecked rage or unchecked grinding of the teeth, whatever it might be next, non-doing would be a great first action step.

Alexander Technique teachers use daily habits of movement to teach non-doing. They put hands-on their students in a non-doing way and they teach non-doing by becoming a non-doer and the student learns by example. Of course, it looks like you’re doing stuff and you are coming in and out of chair or walking, learning how to squat, but all of those ‘doings’ are ultimately to teach the student the non-doing mindset. Learning how to “be” with one’s tensions and discomforts, noticing the ‘doing’ habits that are creating those tensions, and rather than try to do something else to fix them they just stop doing them. Voila, bad habit gone. Over time, through hands-on work, the student will have released many habits of tension and their whole being will be lighter, their attitudes, their moveability, all lighter.

In review, doing is not necessarily the best way to approach changing one’s bad habits. Non-doing can sometimes be a much faster way to achieve the ends we are looking for in a specific aspect of life. Non-doing is The Alexander Techniques’ guide to self awareness which is key to realizing how the things we are doing are affecting us, be it positive or negative.  If we are unaware of our doing patterns we might be harming ourselves without knowing it!