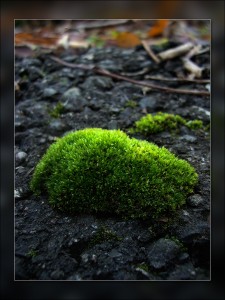 Like most writers, I carry around in my fanny pack a little notebook and jot down ideas, inspiration, and information gathered as I move through my life.  Much of it has to do with The Alexander Technique, a ruling passion in my life.  Now, in late December, I am looking through these tidbits and culling the treasures.
In February I was much taken with a passage F.M. Alexander quotes in Man’s Supreme Inheritance (p. 58 in the combo book) from his student W. Pennyman.  I wanted to be sure to communicate the idea of joy to all my new students.
“….  The individual loses every suggestion of strain.  He becomes perfectly ‘lissom’ in body; all strains and tension disappear, and his body works like an oiled machine. (There is also a beneficial) result upon the mind of the patient, and a general condition of buoyancy and freedom, and indeed of gaiety of spirit (which) takes the place of the old jaded mental position.”
I have certainly noticed this result in my own life.  In the training course (ATOC with the Schaperas, ’06 – ’09) Vivien said that the big change she saw in trainees as they completed the course was the conspicuous increase in overall happiness.
In March, I copied down this quote on concentration from Man’s Supreme Inheritance  p. 66:  F.M. Says,
“I do not believe in any concentration that requires effort.  It is the wish, the conscious desire to do a thing or think a thing which results in adequate performance.  …Our application of the word ‘concentration’ denotes a conflict which is a morbid condition and a form of illness; singleness of purpose is quite another thing.”
It has been one of my signal Alexander understandings that what is meant generally by the word ‘concentration’ is a furrowed brow, straining kind of focus, accompanied inevitably by muscular tightenings and shortenings all over the body.  What a change that makes in my life!  — the idea that seriousness of intent is best carried out using a light, free, open kind of consciousness.  Now that’s a revolution for this striving/driving person!
Every month I treat myself to a lesson with master A.T. teacher Neil Schapera.  On April 16 I wrote:
Lesson with Neil:  Extraordinary gentleness!  To help reposition my head/neck he had me look up at the ceiling for a moment, and then bring the head into normal level position by rotating it on the AO joint without moving the neck at all.  Fascinating!  Then he had me on the table.  He lifted my arm so delicately, as though it were made of spun glass!  He did a release of the shoulder by pushing the humerus, the upper arm, into the shoulder a bit, and then releasing it, in a jiggling motion.  It was very effective.
In the summer, I decided to skip the ACGM National gathering of teachers, and attend instead the six-day Alexander Technique workshop in North Carolina. This is an annual event with some seven master teachers and about fifty participants who were students, teachers, and raw beginners all mixed together.  It was simply splendid.  This is the workshop known to many as the “Sweetbriar Workshop.”  This is the first year it was held at the North Carolina University School of the Arts, a separate campus in Winston-Salem.  One of my favorite master teachers, John Nichols, was there.  My daily break-out group of about eight teachers and trainees was led by John.  On the first day he said the development of a teacher is in two main stages.  First, she or he learns to direct her own self’s use while having hands on the pupil, and not attempting to change anything in the pupil’s use.  This is the stage of non-doing.  The second stage is where you begin to ‘do’ in this context of non-doing.  It’s a subtle, even a kind of miraculous thing, to manipulate, as it were, the student while remaining in the ‘non-doing consciousness’.  I had such a grand experience at the July ATWI workshop I am attending the winter version in Malibu starting this week.  I can’t wait to escape this cold weather.