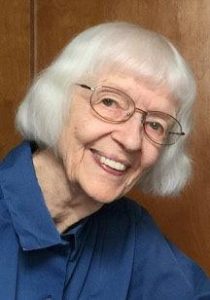 Below is text from an article appearing in the Charleston (WV) Gazette-Mail.

She was the daughter of Amy C. Venable and Richard M. Venable and sister of Richard (Dick) Venable Jr., all deceased.

Lucy attended Stuart Hall boarding school, graduated from Wellesley College and afterwards, spent 20 years in NYC where she studied dance with Jose Limón and Doris Humphrey. Lucy performed with the Limón Company for six years, touring cities all over the world. She also was rehearsal director for the Merry-Go-Rounders, a dance company that performed for children. She directed the Dance Notation Bureau in NYC for several years. In 1968, she went to Ohio State University where she taught dance fundamentals, Labanotation, repertory and Alexander Technique. She founded the Dance Notation Bureau Extension for Education and Research. Lucy played a critical role in establishing the university as the expert in dance notation and through her work, helped to preserve the history of modern dance so that it can continue to be brought to life in the present. Her legacy continues to have a lasting impact on the department.

Also of note: Lucy was responsible for establishing a scholarship fund for African American students at her alma matter, Stuart Hall. During the racially turbulent ’60s, she felt compelled to do something that “would make a difference.” Her idea wasn’t immediately accepted, but she persevered and as a result, has changed the lives of many who have benefitted from her generosity.

Lucy’s family and friends will remember her as thoughtful and wise.

She was a wonderful Alexander Technique teacher and gave free tutoring to OSU graduate students. She was a great planner of fun visits to her home in German Village and her city of Columbus, Ohio. Lucy was selfless, generous, talented, humble and will be dearly missed.

Lucy is survived by five nieces and their extended families.